Biohazard Waste Hauling and disposal companies are the weak link of the abortion industry which is why Abortion Free New Mexico launched Project Weak Link New Mexico with Created Equal. These companies make it possible for Planned Parenthood Southwestern Women's Options and other abortion providers in New Mexico to kill innocent unborn babies and then inhumanely discard of their bodies as biohazard waste." 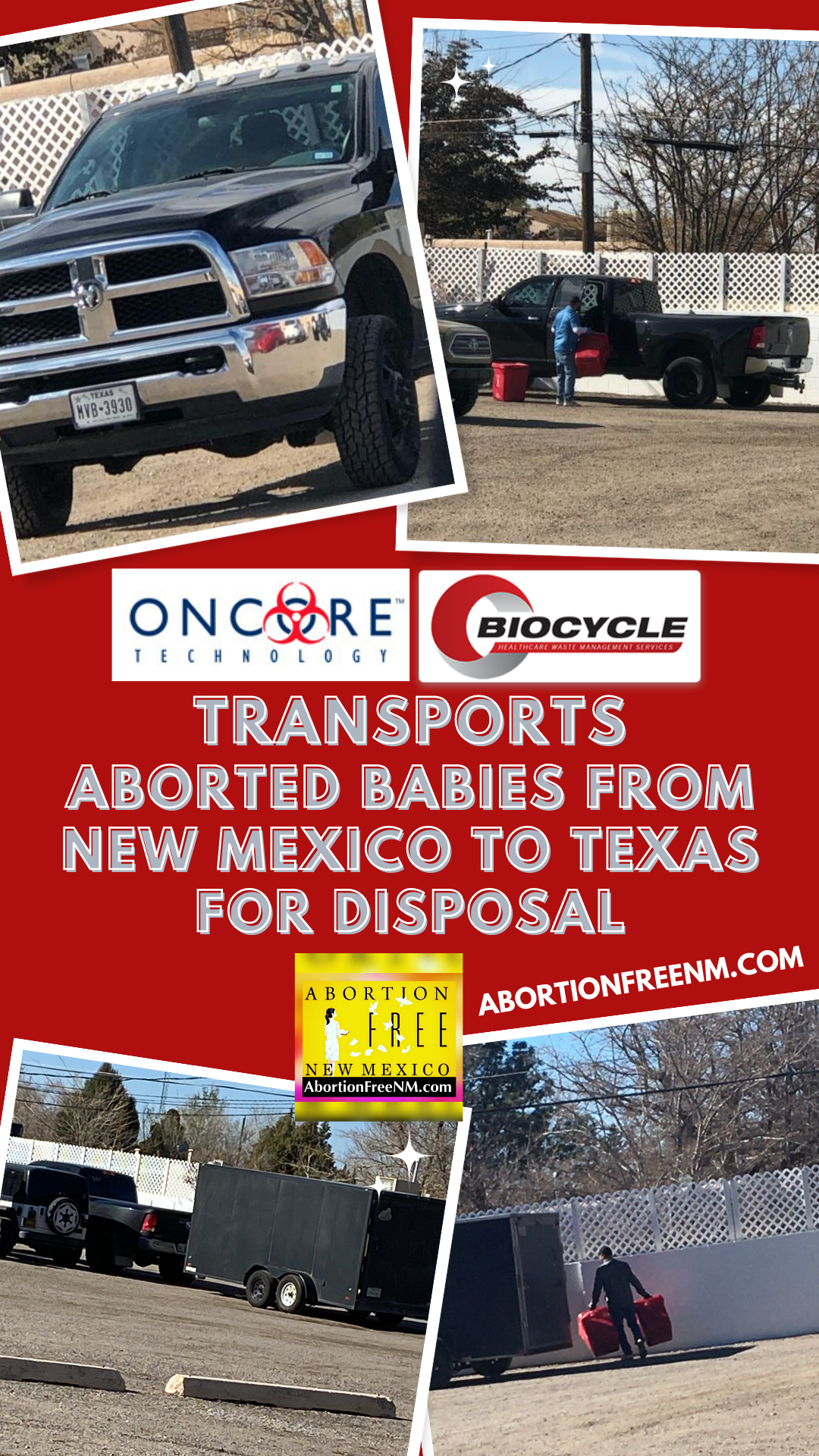 The fact that babies can't be killed in Texas but aborted babies from New Mexico can be disposed of as biohazard waste in Texas by companies like Oncore/BioCycle must be remedied by the Texas legislature," stated Tara Shaver of Abortion Free New Mexico.

Not only is Abortion Free New Mexico sounding the alarm about the transportation and disposal of aborted babies across state lines, we are also calling for the U.S. Congress to address the constitutional crisis that is looming for pre-born babies. How is the right to life lost by crossing a state line? This crisis is very reminiscent of the earliest days in this nation when free states and slave states existed. Surely we are not going back into that dark place where your place of residence determines your value. Pre-born babies all across America need and deserve constitutional personhood from the moment of conception." 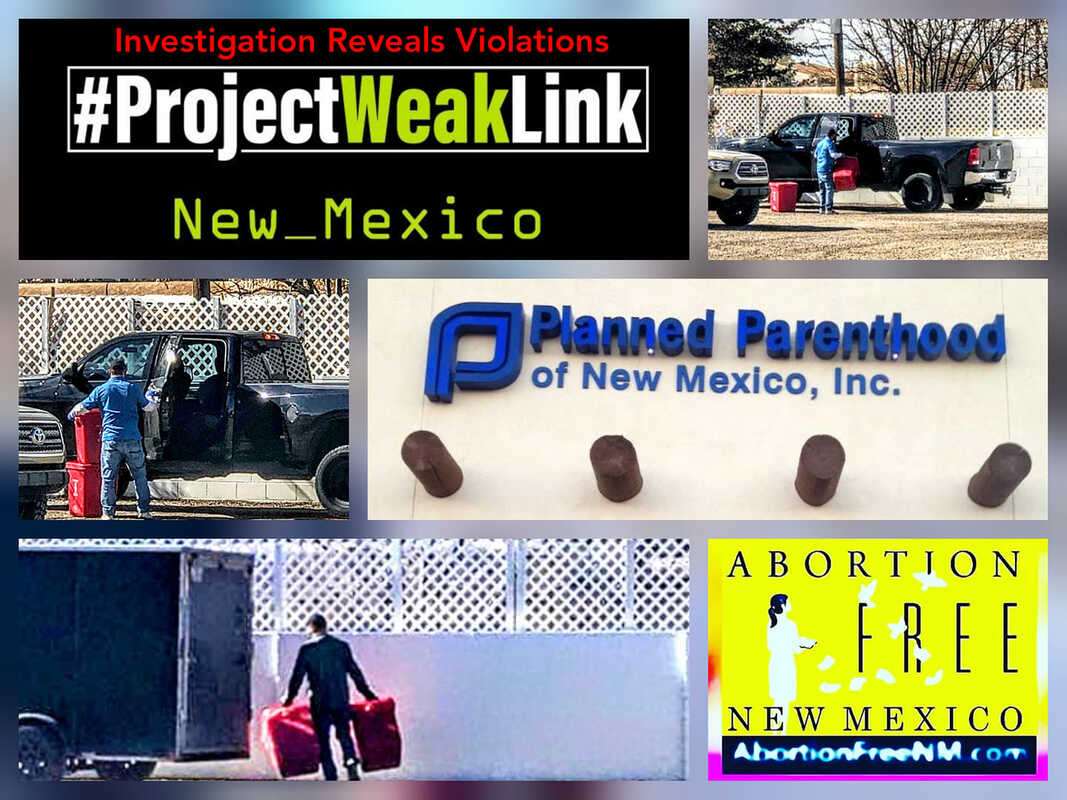 Read all of our Project Weak Link Reports: